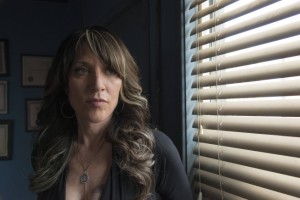 This week on TVHackr, we talked about boffo Sons of Anarchy ratings, the cancellation of The Killing, and the 10th season of Grey’s Anatomy, while the internet touched on fall television, Congressional blackout intervention, and soccer telecasts.

Keith David to voice Once Upon a Time in Wonderland’s Cheshire Cat
The Cape alum, who also has a regular role on FOX’s Enlisted, will voice the classic literary character on the ABC spinoff.

Grey’s Anatomy Season 10 trailer out now!
Ahead of its 10th season premiere, which will air September 26th on ABC, you can check out a Grey’s Anatomy preview here, which hints at a lot of drama to come.

Comedies Hold Steady with Move to FXX
In their first week on FXX, It’s Always Sunny in Philadelphia and The League managed to hold most of their audience, signaling that the network might be further along in development than even its executives expected.

Alec Baldwin to Host MSNBC Talk Show
Now that 30 Rock has gone off the air, Emmy winner Alec Baldwin will host a MSNBC talk show. Will you be watching?

Aftershow Coming for Sons of Anarchy
The Sons of Anarchy post-show will air three times this season, all of them taking place online and hosted by Chelsea Lately‘s Chris Franjola.

The White Queen Episode 4 Recap: Why is She Sitting on My Throne?
While Margaret of Anjou tests Warwick’s commitment to their new alliance, Margaret Beaufort faces a major loss and Elizabeth is forced out of the tower.

True Detective Trailer: The World Needs Bad Men
HBO has released the first trailer for upcoming crime drama True Detective, primarily taking place during a 1985 serial killer investigation and being framed by 2012 testimony taking place when the case gets reopened.

Atlantis Trailer: Whoever Heard of a Hero Called Jason?
BBC/BBC America coproduction Atlantis had its first trailer released this week and in it, we meet young hero Jason, who comes to the mythical city and gets exposed to more than he imagined.

Tina Fey to Host Saturday Night Live Premiere
The Emmy winner will return to the sketch comedy series for its season premiere, her fourth time hosting since leaving the seires in 2006.

Spoiler Alert: Lisa Edelstein Guest Stars on Castle
House alum Lisa Edelstein will guest star on the upcoming season of Castle. But who will she be playing and how long will she stay?

Hello Ladies Trailer: Just a Little Boy Lost
HBO released the first official trailer for Hello Ladies, a comedy created by and starring Stephen Merchant, who will play a gangly Englishman who moves to Los Angeles looking for love.

Which Private Practice Doctor Is Joining Scandal Season 3?
Scandal creator Shonda Rhimes has dipped into her pool of actors once again, as a Private Practice doctor will join the fixer drama this season.

Lucky 7: The Butler’s Stephen Rider Joins the Cast
Upcoming ABC drama Lucky 7, based on British series The Syndicate, has added Stephen Rider to its cast in a recurring role.

Mistresses Season Finale Recap: Who Is the Father of Savi’s Baby?
On the season finale of Mistresses, the father of Savi’s baby is revealed and Karen has one final standoff with Elizabeth Grey.

Sundance Picks Up U.S. Broadcast Rights to French Zombie Drama The Returned
Critically acclaimed series The Returned will make its U.S. debut this October on Sundance.

Starz Drama Outlander Adds Duncan Lacroix to Its Cast
The latest addition to the cast of Outlander is Game of Thrones actor Duncan Lacroix, set to play Jamie’s taciturn uncle.

The Killing Cancelled by AMC – Again
Meanwhile, AMC pulled the plug on crime drama The Killing for a second time, cancelling the series following its most acclaimed (and least watched) season to date.

Watch here: The exclusive White Collar Season 5 trailer!
Ahead of its October premiere, you can check out a preview of White Collar‘s fifth season here.

The Nine Lives of Chloe King Movie Script to Be Released September 13th
ABC Family and Alloy Entertainment have released the script for the proposed Chloe King wrap-up movie, which ended up not being made.

Siberia Season Finale Preview: The Rescue Team Arrives at the Research Facility
While the team at the research facility made contact last week on Siberia, there’s a chance that who they heard from isn’t who they want to rescue them.

Devious Maids 1.12 Preview: Marisol Puts Herself in Harm’s Way
Now that Michael knows about Marisol eavesdropping on him, just how much danger does she find herself in?

Sons of Anarchy breaks through with Series-High Ratings
Sons of Anarchy hit series high ratings this week for its sixth season premiere, outdrawing everything on broadcast the same night and undoubtedly making ABC, CBS, and NBC sweat regarding the upcoming debut of their 10:00 shows.

FOX Pushes Enlisted to Midseason
FOX announced that military comedy Enlisted has been pushed from an early November debut until midseason, reportedly to take advantage of winter sports advertising.

Back in the Game Promos: On the Right Track
Get a look at two new promos for Back in the Game, which stars Maggie Lawson as a former softball great who has to move home with her father and premieres Wednesday, September 25th.

The Frustration of Loving a Show That’s Been on Too Long (Vulture)
Have you watched a show to the bitter end, even though you know it’s been awful for several seasons? Vulture has.

Fall TV preview: The top 10 new shows (USA Today)
Need information on the new shows about the hit your television screen? USA Today gives you a list of 10 to give your extra attention.

Will Congress Enter the Fray Over Pay TV Blackouts? (Business Week)
After the recent CBS-Time Warner kerfuffle, Business Week examines the possibility of Congress jumping into the fray on the issue of blackouts.