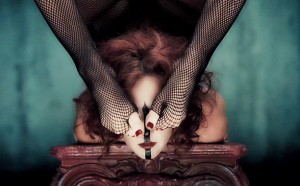 FX has released an extended preview for the upcoming season of American Horror Story, as well a behind the scenes look at the central theme (i.e. what is normal?) of the season.

Taking place in Jupiter, Florida, American Horror Story: Freak Show follows one of the last remaining traveling freak shows in the United States. Once the troupe of performers arrive in town, they soon realize that this is no ordinary stop on their tour, that a dark force threatening their lives has settled in Jupiter. Their task now is to band together with the citizens of Jupiter who are feeling the effects of the presence and find a way to remove the darkness from their lives before it consumes them whole.

The 90-minute premiere of American Horror Story: Freak Show is set to premiere Wednesday, October 8th at 10:00 on FX. You can check out the opening credits for the season here, as well as an extended trailer here.

Will you be watching American Horror Story: Freak Show? Does the extended preview of the season look more promising than what Coven ended up being? How do you think the performers in the freak show will combat the darkness that threatens them?