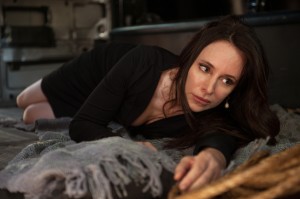 With Conrad found dead by the side of a back road, Victoria languishing in a mental institution, and Daniel self-destructing, Emily Thorne thought that she had concluded her quest for vengeance. Even if Victoria were to get out or Daniel decided to come after her, she surmised that their reputations had been shot to hell and that nobody would believe any of the insane ramblings that came from either of them, so she didn’t have to worry about what they could do to her. Everything that she had worked for, all the years that she dedicated to her cause – it was all worth it in the name of revenge for her father.

On tonight’s episode of Revenge, Emily confronts former friends and lifelong enemies in a search for Victoria, who managed to sneak out of the institution and show up at the doorstep of Grayson Manor after six months. No matter what Victoria Grayson may have been through, she’s still quite dangerous and with the vendetta she has against Emily, she has the motivation to use everything at her disposal in order to expose the Hamptons socialite’s true identity. Victoria might not be able to simply leak information to the press or give a press conference using only her word as bond, but she’s proven over the years to be rather resourceful; there are enough back channels and easily bought officials to do her dirty work for her, so while Emily may have gotten a taste of vengeance, she’s about to learn that revenge isn’t definite. Getting revenge against someone isn’t a cure all to one’s problems, nor does it guarantee that they won’t strike back against you and make things worse than they were before the obsession with payback began.

Elsewhere on Revenge, David confronts Victoria about her role in his framing.

Do you think David will ever be able to forgive Victoria for the decision that put him behind bars? Could David turn out to be an ally for Victoria once the two work out their differences? Is Charlotte’s suicide attempt a genuine cry for help after an especially troubled time or a way to manipulate those around her into doing what she wants?