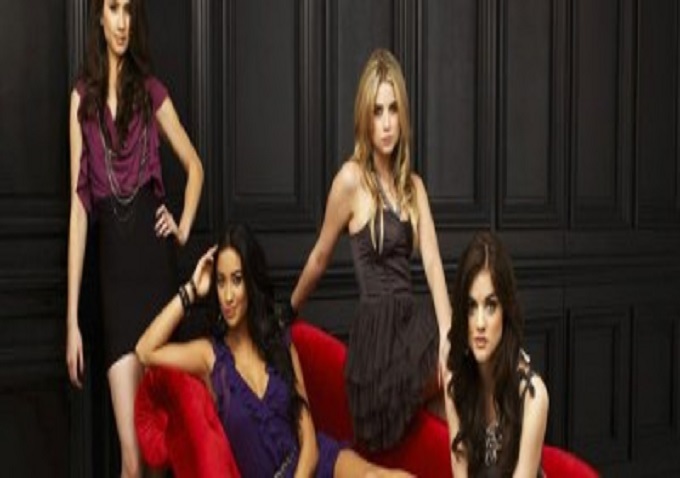 Sara Shepherd’s bestselling teen series comes to life in the ABC Family drama that warns you to never trust a pretty girl with an ugly secret.

When their friend Alison DiLaurentis disappears after one summer night from the prestigious town of Rosewood, Pennsylvania, former close-knit best friends Aria Montgomery, Emily Fields, Hanna Marin, and Spencer Hastings drifted away from each other to only be reunited one year by a mysterious stalker named “A,” who taunts the girls with their deep, shameful secrets that only Alison could know and new ones, like Aria secretly dating her English teacher, Ezra Fitz; new It Girl Hanna having an unhealthy weight problem and a serious case of sticky fingers; swim star Emily has the hots for the new girl in school; and Spence just can’t seem to not lust after her sister Melissa’s boyfriends of past… and present.

But once Alison’s body was found, the secrets and lies didn’t stop. Soon the taunts turned to threats and the girls’ private (and social) lives became a demented game of chess for ‘A’ to ruin at any given moment. Plus, Ali’s killer was still on the loose and was closer to the girls than they thought possible. However once the girls solved the mystery of ‘A’ and Ali’s killer, they thought their nightmare was over and done.

Now a new “A” is on the prowl and the person the girls thought killed Alison was actually innocent and cleared of the charges brought against them. And that’s only the tip of the iceberg when it comes to the secrets and lies of Rosewood’s elite.

Multi-talented Memphis native Lucy Kate Hale burst onto the pop culture scene at the tender age of 13 when she tried out for American Juniors, the 2003 American Idol spin-off...

All kinds of weird stuff went down last night on Pretty Little Liars “I’m Your Puppet,” leading us into the spring finale. Spencer had a visit from Ali, Wren was acting...

Well, it seems the A Team is a little less bonded than I thought. If Lucas was the one who blew up the shack in the hopes of scaring Mona...

Pretty Little Liars is back and there was more funny going on than thrilling. The two points I’m thinking of are Toby ominously skateboarding down the dark street (what the...