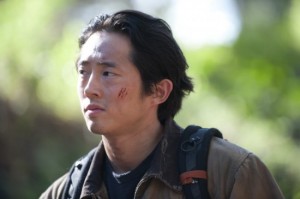 AMC has announced that zombie drama The Walking Dead has been renewed for a sixth season five days before its fifth season is to premiere.

“We could not be more excited for October 12th as we share new episodes of The Walking Dead with fans around the globe,” said AMC President Charlie Collier. “In advance of Sunday’s season five premiere, AMC proudly confirms a sixth season order of this extraordinary series. Thank you to Robert Kirkman, Scott Gimple, the terrific executive producers, and the entire team who brings this compelling world and these rich characters to life.  There’s plenty more Dead ahead thanks to their impressive, collective effort.”

The #1 show on television among adults 18-49 for the last two years and most highly-rated show in cable television history, The Walking Dead has also spawned a companion series based on a new story and new characters by Robert Kirkman, creator of the Walking Dead comic series. Seasons five and six will both be ran by Scott Gimple, who took over for outgoing showrunner Glen Mazzara at the beginning of season four, while season five will feature the debut of Seth Gilliam (Teen Wolf) as Gabriel Stokes. Michael Cudlitz (Southland), Alanna Masterson (The Young and the Restless), Josh McDermitt (Retired at 35), Christian Serratos (Twilight), and Andrew J. West (Walter) have all been promoted to series regulars for the fifth season after recurring during season four.

Will you be watching The Walking Dead this season? Who do you think will make it to season six? Just how much would you like the show to follow the comics over the next two seasons?