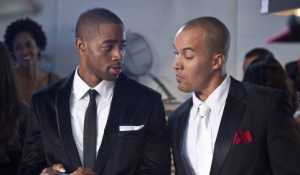 BET has announced that the ninth season of The Game, which will premiere sometime in 2016, will be the dramedy’s last.

“All good things must come to an end, and after celebrating four successful seasons of The Game on BET, the network has announced production is under way on the show’s final two seasons,” the network said in a statement. “In January 2011 the cult following of The Game proved that the show was a fan favorite with 7.7 million viewers for its premiere debut on BET. With seasons eight and nine, we’re excited to end on a high note by giving Sabers fans a chance to bid farewell to their favorite players on and off the field.”

Created by Salim and Mara Brock Akil (Girlfriends), The Game originally focused on medical student Melanie Barnett (Tia Mowry Hardrict) as she gave up the chance to attend Johns Hopkins in order to move to San Diego with her football player boyfriend Derwin Davis (Pooch Hall). However, with both Mowry Hardrict and Hall leaving the series after the fifth season, The Game has shifted more weight to its supporting cast (namely Wendy Raquel Robinson as sports manager Tasha Mack and Hosea Chanchez as her son Malik) while bringing in several new characters, ranging from Lauren London (Single Ladies) as former child star Keira Whitaker to Brandy Norwood (Moesha) as bartender Chardonnay.

The Game was especially notably for its transition from The CW to BET, as the network was cancelled by the former after three seasons before going on to a highly successful second life on the latter. The BET premiere averaged nearly eight million viewers and the show ended up becoming a higher priority on the cable network, which also acquired the rights to run the sports comedy in syndication.

The eighth season of The Game will premiere early next year on BET.

Do you think The Game is going out at the right time? Would you have liked the show to make it to an even 10 seasons? Should The Game have wrapped earlier in its run?