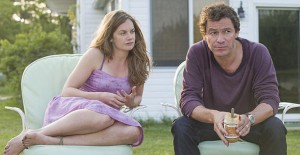 The more the television industry grows, the more neglible best of lists become. With a steady trickle of networks and streaming platforms getting into the world of scripted content, it’s become increasingly difficult to parse through every show that premieres in a calendar year, a fact that makes calling something “the best” tougher than it used to be. Even the most ardent of television fans and media officials have to draw a line somewhere and sometimes, that means turning a blind eye to a new show before it premieres or cutting a mediocre performer that shows no signs of pulling out of a creative slump. But best of lists are often a way of discovering material that didn’t receive enough promotion and buzz, or drawing attention to shows that managed to right the ship long after anybody stopped paying attention, so we continue to do them and you, dear reader, continue to read them. Hopefully.

As with the past two years, the TVHackr Best TV Shows of 2014 list is not comprehensive. We can’t watch everything, so you’ll notice some critical and audience favorites are nowhere to be found; this isn’t necessarily an indictment of their quality, though. Either we simply haven’t had time to check them out, fell out of watching in a bid to make room for new shows, or slotted them just below the cut off for this particular article. Following in the footsteps of our 2013 retrospective, our look at the 2014 TV landscape will be divided into two articles, with trailers, previews, or promos provided for every entry. Also listed are the positions each show came in at on our 2012 and 2013 articles, along with the episodes we either liked the most or felt best exemplified the season as a whole.

20. Da Vinci’s Demons (Starz)
Last Year: – (Two Years Ago: N/A)
Essential Episode: “The Rope of the Dead”
The second season of Starz action-adventure drama Da Vinci’s Demons managed to expand the show’s scope while further grounding its particular brand of lunacy in the main character’s emotional journey. Focusing on Leonardo’s search for the Book of Leaves and his quest for closure as to his mother’s whereabouts allowed the show to have a stronger sense of direction than in season one, thus giving its typically big, bold decision-making more weight. The cuts back to Italy, where Lorenzo was caught up in a political trap he didn’t anticipate and Clarice allowed her loneliness to get the better of her, never felt jarring, as they furthered the series theme of the destructive nature of power, while a well-placed death and a killer cliffhanger capped off an impressively ambitious season of television.

19. Almost Royal (BBC America)
Last Year: N/A (Two Years Ago: N/A)
Essential Episode: “Boston”
An improvisational comedy structured like an unscripted series, Almost Royal finds English royals Georgie and Poppy Carlton gallivanting their way across the United States as a way of fulfilling their father’s dying wish. The show wisely leans hard on the easy chemistry between stars Ed Gamble and Amy Hoggart, whose ability to play off of each other lifts every segment and makes the best scenes absolutely crackle, and stylishly combines the cringe comedy of Curb Your Enthusiasm with some culture clash material that’s been impressively freshened up. It’d be easy for a show in this vein to develop a mean streak a mile wide, whether it be a desire to skewer the format it apes or a temptation to humiliate those who don’t know what kind of show they’re on, but almost always, the joke on Almost Royal is on Georgie’s dearth of masculinity or Poppy’s vain egocentrism.

18. Revenge (ABC)
Last Year: – (Two Years Ago: -)
Essential Episode: “Execution”
Freed from the shackles of being a buzzworthy, network carrying hit, Revenge found itself creatively during the back half of its third season and the front half of its current fourth season. Rather than focusing on self-sustainment and milking as much as possible out of a thin concept, the show decided to throw caution to the wind and take itself to places that it might not have been able to had it stayed on its season two-era trajectory. Gone were the circular plotting and faceless antagonists that defined its fall from grace; in their place was a newfound sense of bravery in its storytelling and a desire to get to the emotions that motivated Emily’s trademark red sharpie. Not everything about new era Revenge has worked perfectly, but the fact that it’s become so willing to try new things and examine the very concept it based itself around made it a perfect candidate for the TVHackr Top 20.

17. The Neighbors (ABC)
Last Year: 14 (Two Years Ago: N/A)
Essential Episode: “There Goes the Neighbors’ Hood”
In an effort to make the best of poor network scheduling, the first half of The Neighbors‘ second season eased away from some of the more unconventional elements of its identity and tried to highlight the fundamental dynamic between the Weavers and the Joyner-Kersee/Bird household. At the end of the day, they were just two families trying to do the best they can at raising their children and two sets of partners who only want to better understand each other, right? Well, as enjoyable as the first half of the season was, the show’s confidence and unapologetic bearing of its weird little heart being the highlights, the second was a greater step forward. The Neighbors whole-heartedly embraced its self-aware edge in a closing arc that didn’t shy away from addressing its looming cancellation and cut to the emotional core enhoused in a quaint little New Jersey neighborhood that just so happened to be inhabited by a family of aliens.

16. The Affair (Showtime)
Last Year: N/A (Two Years Ago: N/A)
Essential Episode: “Episode 1”
Utilizing a pair of unreliable narrators in a series of flashbacks, marital-drama-meets-murder-mystery The Affair has the most interesting relationship with time on television. The second half of the season had at least two major, unannounced/non-foreshadowed time jumps, while every episode recounts the same time frame from a different perspective, with the devil being in the details and the subtle character shifts depending on whose story we’re watching. Exploring the dissolution of two seemingly perfect marriages without a hint of judgment, The Affair was more than just a narrative device, though; it concerned itself with deconstructing the American Dream (through father of four Noah) and illuminating the impact that tragedy can have on a relationship (through grieving waitress Alison), an ambitious undertaking that the show mostly followed through on during its inaugural season.

15. Boardwalk Empire (HBO)
Last Year: 3 (Two Years Ago: 6)
Essential Episode: “King of Norway”
The swift decline of Boardwalk Empire from its position on last year’s list primarily comes down to the short episode order of season five (eight episodes vs. a typical 12) and the fact that this was the season that wrapped up the series. Known for its novelistic, slow burn approach to storytelling, Boardwalk Empire simply isn’t as effective without the room to stretch its legs, with the pacing of season five off enough to be noticeabl. Although the time jump the show implemented took out one of its most entertaining characters in Arnold Rothstein, the show managed to pull through with an appropriately moving final stretch of episodes that engrained sympathy in its staid main character, paid proper respect to those whose journeys helped define an era, and showed how a single choice we make can set us off on a path of destruction.

14. Penny Dreadful (Showtime)
Last Year: N/A (Two Years Ago: N/A)
Essential Episode: “Possession”
What should’ve been a hacky exercise in assaulting the public domain became perhaps the surprise drama of 2014, as John Logan managed to wrangle Dr. Victor Frankenstein, a werewolf, Dorian Gray, and figures from Dracula into a coherent, engrossing tale of the macabre. Interestingly paced for a freshman drama, Penny Dreadful was content to luxuriate in its spooky, stifling atmosphere while dedicating entire episodes to backstory and a bottle storyline, with that unpredictability helping to mask some of its slower moments. But above all the surprise killings and flamboyant Egyptologists, Penny Dreadful belonged to Eva Green; no one acted harder in 2014 than Green, whose visceral, exceedingly physical performance as psychologically tormented Vanessa Ives was a whirlwind of facial tics, vocal inflections, and creepy-crawly lumbering. She was simultaneously terrifying and heartbreaking, the show’s unnerving heartbeat that slowly brought the madness to a fever pitch.

13. Homeland (Showtime)
Last Year: – (Two Years Ago: 1)
Essential Episode: “There’s Something Else Going On”
For the first five episodes of Homeland season four, I was reasonably entertained. The Middle East setting was a nice change of pace both visually and narratively, as was seeing Carrie stable and working in the field, but there wasn’t an anchor in the same way that her cat-and-mouse relationship with Brody anchored the first season. Yet once the show reached into its big bag of twists, which has gotten it into trouble in the past, and offed a character that seemed destined for a season-long arc, the season came alive and never looked back. Homeland has never been tenser or timelier than it was for the middle chunk of season four; not only did it lean on the show’s greatest asset in Carrie’s relationship with Saul, it more effectively used reveals than it did in season three while putting together breathless action sequences that were nicely contrasted against an increasingly tumultuous power struggle.

12. Vikings (History)
Last Year: 19 (Two Years Ago: N/A)
Essential Episode: “Blood Eagle”
Ragnar Lothbrok’s march toward infamy continued in the second season of History drama Vikings, as the former farmer’s well-honed skills on the battlefield were married to a newfound political savvy that made him even more dangerous. Centered around King Horik allowing his pride to overtake his sense of reason, the season proved that Ragnar’s ascension wasn’t a feat of brute strength, nor was it a fluke that could be rectified by someone marginally more powerful than he was. It’s very real and before long, he’s going to become quite the threat to the European establishment, meaning that Vikings is only going to get bigger, badder, and bloodier from here on out. With a swagger that’s Game of Thrones by way of an interesting twist to the television anti-hero, as well as a reverence for women that not every historically-based drama can boast, Vikings managed to expand its scope while honing in on the brutality necessary to build an empire.

11. Playing House (USA)
Last Year: N/A (Two Years Ago: N/A)
Essential Episode: “Let’s Have a Baby”
Stories about female friendship unimpeded by men are rare on television, which is one of the reasons Playing House is so special. Following workaholic Emma as she returns to her hometown to take care of pregnant best friend Maggie, the show, which has the looseness of improv while still being impressively structured, is a warm, silly love letter to unconventional families and the growth that can come from embracing your past. Although Playing House has populated its small Connecticut town with a quirky, reliable stable of characters that add dimension without falling into small town stereotypes, the show’s soul lies within the chemistry between Jessica St. Clair and Lennon Parham, real-life best friends whose comfort with one another makes the lifelong friendship between Emma and Maggie all the more believable. With its lived-in feel and plethora of inside jokes, the first season of Playing House was like hanging out with your best friend – heavy on the shorthand and stories that comes from years of friendship with a kernel of pathos thrown in for good measure. 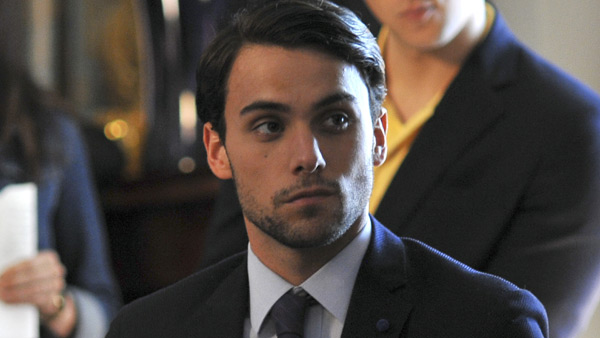