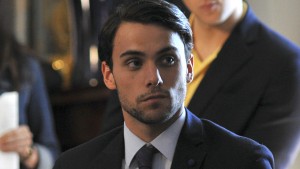 Even though the 2014-2015 television season has only been alive for a couple of months, it’s already time to start thinking about the end of the fall and the transition to midseason. Aside from pie-in-the-sky dreams of quality midseason shows and scheduling moves that’ll help the flailing bubble performers, this is the time of year for fall finales – those episodes that look, smell, and feel like a season finale but only serve to make you more anxious for January. As such, TVHackr is compiling a list of when to expect all these fall finales, with a complete set of NBC and The CW dates already released. ABC has only made their dramas (minus Forever) available, while we’re still waiting on FOX and CBS to release when their fall schedule will be taking some time off. Once each network has made their fall plans available, this list will be updated, so keep it bookmarked until then.

Thus far, the notable bits from the fall finale scheduling are that the fall finale of weepy family drama Parenthood is going up against the fall finale of buzz-y ABC mystery How to Get Away with Murder; Resurrection and Revenge had their fall finales bumped up a week due to returning in January, whereas Once Upon a Time won’t be back until March; and The CW is seeing how Jane the Virgin and The 100 perform without their high-powered lead-ins, as they’ll be the last two finales of the fall.

Which fall finale are you most anticipating? Why do you think ABC hasn’t released a finale date for Forever just yet? Which network has the most work to do for midseason and through the rest of this season?