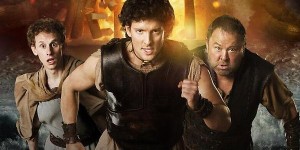 The BBC has released the official trailer for upcoming fantasy drama Atlantis, a co-production with BBC America. From Howard Overman (Misfits), Julian Murphy (Merlin), and Johnny Capps (Merlin), the series centers on the famed title city, home to bull leaping and palaces built by giants. Young Jason (Jack Donnelly) arrives in this wondrous, mystical place where it seems like anything can happen and soon, an adventure begins that takes him places he only could have dreamed of before.

From the trailer, the show looks like a reverse Sinbad; where the 2012 sea-faring drama found our hero leaping onto the nearest boat and traveling throughout the world, a world he never would have seen without said leap, golden-toned Atlantis has the main character arriving in a new town to begin with. The two shows also share a similar look and broad, family-friendly tone that marks a decided change for BBC America, which has previously opted for darker period fare and the odd burst of science fiction (Orphan Black, Doctor Who). It could end up being the right type of change, though, a fairly inexpensive way to expand their programming and show the creative community that the definition of what a BBC America show looks like isn’t as narrow as it once was. The first trailer for Atlantis also brings to mind Starz’s Da Vinci’s Demons, a series that found something of a foothold on cable while looking readymade for a syndication-first or broadcast run, so it wouldn’t be unprecedented for Atlantis to garner the attention needed for a second season and further collaborations between BBC and BBC America.

In addition to Donnelly, Atlantis will star Mark Addy (Game of Thrones) as Hercules; Jemima Rooper (As If) as Medusa; Juliet Stevenson (Bend It Like Beckham) as the Oracle; Sarah Parish (The Holiday) as Pasiphae; and Robert Emms (War Horse) as Pythagoras.

The series premiere of Atlantis is set to air Saturday, November 23rd at 10:00 on BBC America.

Will you be watching Atlantis? What do you think of the first trailer for the show? Do you have any expectations going into the series? 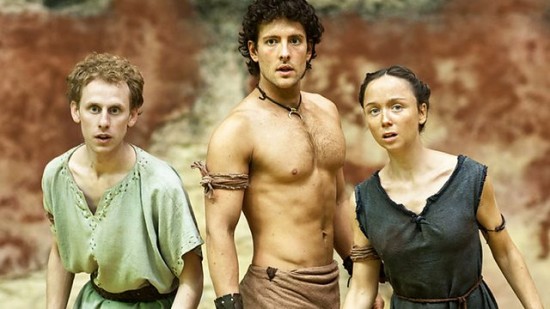