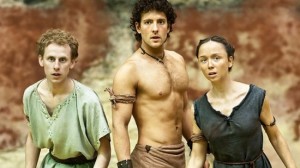 BBC America has announced that fantasy series Atlantis has been renewed for a second season following a series premiere that was the highest rated in the history of the network’s Supernatural Saturday lineup. That success is a continuation of how the show, from the creators of Misfits and Merlin, did in the UK when it aired there earlier this year, as it became the biggest Saturday night drama launch since 2006.

“Atlantis is off to a fantastic start and is the centerpiece of our Saturday nights for the next twelve weeks. We’re committed to bringing our viewers even more entertaining episodes inspired by Greek mythology from Howard and the talented team in season two,” said Richard De Croce, SVP Programming, BBC America.

Atlantis tells the story of young warrior Jason, who washes up on the shores of a land he doesn’t know. What he witnesses when he comes to and begins to explore his surroundings are bull leaping, snake haired goddesses, and halls seemingly built by giants; though he finds friends in the form of Hercules and Pythagoras, Jason still has to battle some of the most famous names in Greek legend and try to find his way back to the place he once called home. The series stars Jack Donnelly (Dancing on the Edge), Mark Addy (Game of Thrones), Robert Emms (War Horse), Jemima Rooper (Kinky Boots), and Aiysha Hart (Djinn).

Atlantis airs Saturdays at 9:00 on BBC America. You can check out a preview for the second episode, where the boys try to find an old man’s missing daughter in order to fill their pockets with coin, below.

What did you think about the first episode of Atlantis? Will you be watching the rest of the season? Where do you think a series like this can go in terms of story? 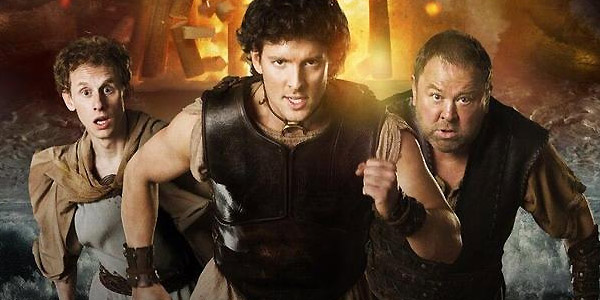