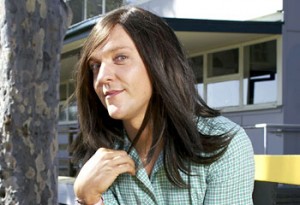 HBO has announced that new comedies Getting On and Ja’mie Private School Girl will both be premiering on Sunday, November 24th, the week of the Boardwalk Empire season finale and the week following the finales of Eastbound & Down and Hello Ladies. Each will have six episodes in its respective season, with the majority of said episodes airing alongside the final season of Treme, which begins Sunday, December 1st.

From Big Love‘s Mark V. Olsen and Will Scheffer, Getting On is an adaptation of the 2009-2012 British series of the same name and will be airing Sundays at 10:00. Starring Alex Borstein (Family Guy), Laurie Metcalf (Roseanne), and Niecy Nash (The Soul Man), the series takes places in the women’s extended-care facility of a Long Beach hospital and follows the doctors and nurses who help keep it afloat. Co-starring on Getting On, whose first episode will be helmed by acclaimed director Miguel Arteta, will be Molly Shannon (Enlightened), Mel Rodriguez (Panic Room), Joel Johnstone (Magritte Moment), Harry Dean Stanton (Alien), and Daniel Stern (The Wonder Years).

Following Getting On at 10:30 will be Ja’mie Private School Girl, created by Australian comedian Chris Lilley (Summer Heights High, Angry Boys). The series will follow Ja’mie King (Lilley) as she navigates the final few months of her last year at Hillford Girls Grammar School, including her academic and charity work, social life and relationships with family. Ja’mie first appeared on Lilley’s 2005 series We Can Be Heroes before returning for 2007’s Summer Heights High, where she was a part of a student exchange program between Hillford and Summer Heights, quickly attempting to become the most well known girl in school. The character has since arguably become Lilley’s most popular creation.

Since Getting On will now be premiering this year as opposed to next, it means that, should HBO decide to air a comedy along with Girls and True Detective this January, it will either be Togetherness, about two couples living together, or gay-themed Looking, which stars Jonathan Groff and takes place in San Francisco. The network will confirm their decision in the coming months.