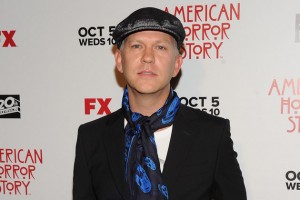 Deadline is reporting that HBO has opted to not move forward with Ryan Murphy drama Open, whose pilot was officially ordered by the network last April.

“After such a triumphant collaboration with The Normal Heart, everyone felt that Open was not the right next step for all involved. However, we fully expect to work together again in the near future,” said HBO Programming president Michael Lombardo.

Even with all the drama turnover at HBO, including the planned final seasons of Treme, Boardwalk Empire, The Newsroom, and True Blood, the network has only ordered one drama to series in recent months – that being Utopia, an adaptation of the acclaimed British genre drama. Currently, HBO has two dramas with pilots ordered (Martin Scorsese-produced History of Music, which stars Bobby Cannavale and Olivia Wilde, and Westworld, based on the 1973 Michael Crichton movie), though there’s no word on when a decision will be made about either’s status.

Are you disappointed that Open wasn’t picked up to series? Do you think that a show focused specifically on sexuality and intimacy but without the historical prestige of a Masters of Sex could work on television? What type of dramas would you like to see HBO pursue in their next development cycle?