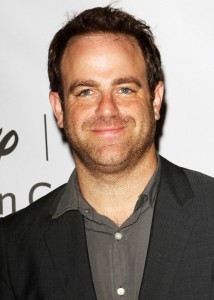 Paul Adelstein will soon be back in Shondaland, with a recurring role on Scandal.

Adelstein, once Private Practice doctor, will be joining Season 3 of the DC-set drama in what is as of yet a secret role.  But, really, is anything ever not a secret in Shonda Rhimes’ world?

His role on Scandal will be Adelstein’s first primetime role on television since Private Practice ended its run back in January – CBS pilot Mother’s Day, which he played opposite Debra Messing, did not make the 2013-14 schedule.  Paul Adelstein’s credits also include Prison Break, Cupid, and Law & Order: SVU.  He is also lead singer and guitarist of the band Doris.