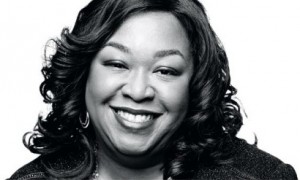 Creator of the most popular shows, Grey’s Anatomy, Scandal and Private Practice, Shonda Rhimes will now be writing a book, based on her own life. Rhimes just signed the deal with publisher Simon & Schuster for her memoir which will be published and released in 2015.

The veteran show-runner will be exploring her life prior to venturing into Hollywood, when she decided to build a family, faced hardships being a single mother, along with trying hard in her professional life. The book is said to be a combination of memoir, inspiration and prescription by Rhimes. On the book announcement, Shonda kidded that S & S are crazy to sign the deal with her as she is no way, in the position to impart wisdom. But then on a thoughtful note she shared that she has had her share of mistakes, playing different roles of a single, working, dating and sleepless mother and add to that, working on a couple of TV shows, that’s got to be tough!

The Vice President and Chief Editor of S & S, Marysue Rucci further said that none knows storytelling better than Rhimes and with her memoir her fans would relish reading her life’s story in her own words. He also said that Shonda’s fans would love to read how exceptionally well she handled her life’s situations and excelled in her career bringing out successful shows which have a huge fan following around the world.

In her successful career, Shonda has been honored with the Television Producer of the Year award by the Producers Guild of America, along with a Lucy Award for Television Excellence and a GLAAD Golden Gate Award. Quite recently, President Barack Obama appointed Shonda Rhimes as a Trustee for the John F. Kennedy Center for the Performing Arts.

We wonder how is Shonda going to take out time for her book, when she is busy running ABC’s most viewed shows – Grey’s Anatomy and Scandal. Grey’s Anatomy Season 10 is being aired at present and the show recently celebrated its 200 episodes.