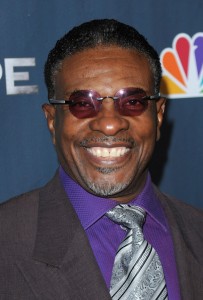 David has previously done voice work on such TV series as The Bible and Adventure Time, and has lent his talents to video games, Mass Effect 2 and Call of Duty: Modern Warfare 2, to name a couple.  He is also the voice of the despicable Dr. Facilier in Disney’s The Princess and the Frog.

Also providing their voices for Once Upon a Time in Wonderland are John Lithgow (3rd Rock from the Sun, Shrek) as the infamous White Rabbit, and The Who’s Roger Daltrey, reprising his OUAT role as the smoking Caterpillar.

Check out the trailer for Once Upon a Time in Wonderland below: