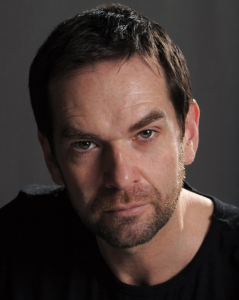 Reportedly a combination of romance, history, science fiction, and adventure, Outlander tells the story of married World War II nurse Claire Randall (a role currently uncast), who finds herself transported back to 18th century Scotland and soon married to Jamie Fraser. However, she lets herself fall in love with the chivalrous romantic and her heart is then torn between two men, two worlds, and two versions of herself. Which world does Claire want to belong to? Which Claire does she want herself to become?

In addition to his role as a Karstark soldier during the second season of the HBO drama, Lacroix has appeared on a 2011 episode of BBC drama Primeval. He joins a cast that includes the likes of Tobias Menzies (Rome) in the dual role of Claire’s husband Frank and Frank’s 18th century ancestor Jonathan “Black Jack” Randall, a dark and violent man willing to do anything he can to get what he wants; Graham McTavish (The Hobbit: An Unexpected Journey) as Dougal MacKenzie, War Chieftain of Clan MacKenzie and uncle to Jamie; and Gary Lewis (Gangs of New York) as Colum MacKenzie, Jamie’s maternal uncle who suffers from Toulouse-Lautrec Syndrome.

Outlander is set to premiere sometime in 2014 on Starz. The series will be showran by Battlestar Galactica‘s Ronald D. More, with Rounders helmer John Dahl set to direct the first two episode.

Will you be watching Outlander? If you’ve read the novel series, is someone like Lacroix close to how you envisioned Murtagh to be? Who else would you like to see join the cast?