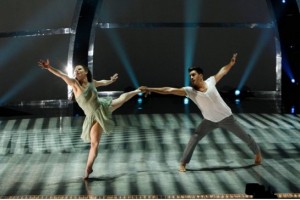 Unsurprisingly, FOX has renewed So You Think You Can Dance for an eleventh season.

The announcement was made during Tuesday night’s live finale by executive producer/judge Nigel Lythgoe.

SYTYCD has produced over 200 episodes for FOX and averaged around 4 million viewers for the most recent season, just behind MasterChef, the network’s other reality competition program.  The show has spurred several national tours and localized adaptations around the world, and has won a total of nine Emmy Awards to date.

This is the first renewal of an unscripted series for FOX after Mike Darnell exited the network back in May – a position that has yet to be filled.  Former Fox Sports chairman David Hill has since stepped in to follow American Idol and The X Factor in the meantime.