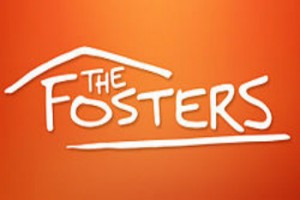 Family Tree 1.03 Sneak Peeks: Tom Looks Into the Life of His Grandfather
Tom continues his look into his family history by tracking down information on his grandfather, a boxer who competed in the 1948 Austerity Games.

The Killing Season 3 Sneak Peeks: Sarah Linden’s Blast from the Past
Though she thought she was out of the force for good, a case that Holder works brings Sarah Linden back into the fold. Just how much of a connection does an old case she thought was closed have to his current dilemma?

Dominic West To Star in Showtime’s The Affair
The show follows two married couples and one affair that has major reverberations for all involved.

We’ll Be Live from the ATX Festival Later This Week! Arrested Development Featured Opening Night
TVHackr will be at Austin’s ATX Festival and provide you content, including pictures and articles about panels we attend.

Episodes: Chris Diamantopoulos To Guest Star in Season 3
The Office alum is set to play the new head of the network, meaning that Merc doesn’t get rehired and Carol refuses the opportunity.

The Fosters Series Premiere Recap: You’re Not Worthless
What happened during the first episode of ABC Family’s The Fosters?

The Secret Life of the American Teenager Takes an Awkward Bow Out
The ABC Family drama aired its series finale this past Monday.

Mistresses Series Premiere Recap: All I Wanted to Do Was Hold Him
During the first episode of the ABC soap, someone cheated, someone died, there was an illegitimate child, and someone thought about hooking up with the same gender.

The CW Releases Full Trailers for The Originals, Reign, The 100, and The Tomorrow People
Two weeks after its upfront presentation, the network released extended previews for four of its five upcoming dramas.

Devious Maids: Lifetime to Release the Series Premiere Early
This marks the first time that a series premiere has been released early in two different languages.

America’s Next Top Model Cycle 20 to Premiere August 2nd on The CW
The 20th cycle will feature both male and female models for the first time.

J.J. Abrams’ Bad Robot to Develop Rod Serling’s Final Screenplay Into Miniseries
The Stops Along the Way has yet to have any details released about its plot or characters.

Magic City Redband Trailer: You’ve Got One Move Left
At the end of this season of Magic City, will Ben Diamond or Ike Evans be the King of Miami?

The Borgias To End After This Season
The series finale of the period drama will air Sunday, June 16th.

Californication: Mercedes Masohn to Guest Star in Season 7
The actress, who recently starred in ABC’s canceled supernatural soap 666 Park Avenue, will play a TV actress who puts Hank in an uncomfortable position.

Hit the Floor 1.03 Sneak Peeks: Sloane Thinks Pete Told Ahsha Her Secret
Now that Ahsha knows who her father is, how will she handle herself?

The Fosters 1.02 Sneak Peeks: Jesus Covers for Mariana
While Jesus may be doing the honorable thing in protecting his sister from a likely severe punishment, what will not taking his pills mean for his health?

Twisted Series Premiere Sneak Peeks: Natural Born Killer?
Danny Desai’s past comes back to haunt him when he’s accused of a crime that he didn’t commit. Or did he?

Nurse Jackie Renewed for Season 6 by Showtime
The dramedy will return for a sixth season in 2014, with production beginning in New York this fall.

Twisted: Spoilers for the First Three Episodes
What is supposed to happen during the first three episodes of ABC Family’s Twisted?

FXX Picks Up First Original Series in Animated Comedy Chozen
The show tells the story of a gay white rapper who emerges from prison with newfound motivation to do good in his life.

Family Tree 1.04 Sneak Peeks: Tom Goes to a Derbyshire Farm
Tom, Bea, Pete, Keith, and Luba go to the Chadwick alpaca farm in Derbyshire and family truths are revealed in the process.

Mistresses 1.02 Preview: Savi Looks for Guidance from Karen and April
How should Savi proceed after what happened with Dominic? Karen and April have two very different opinions of what she should do.

ABC Gives Straight-to-Series Order to Bryan Singer’s The Black Box
The series, written by Mystic Pizza‘s Amy Holden Jones, follows a neuroscientist who struggles with mental illness – and the secret’s she’s keeping from her family.

The Best of Streaming: What You Should Watch on Netflix, Hulu, and Other Sites (Vulture)
Bored online? Here are suggestions of what you could be watching.

Embrace the mystery: Is repeat viewing the best way to approach complex TV? (The A.V. Club)
The A.V. Club talks complex television and which manner of watching is most conducive to understanding, appreciating, and enjoying it.

4 Shows from Norway’s crazy, successful slow TV experiment (The Week)
Among the highlights of Norway’s unusual TV craze are programs about a single interview and a sea cruise.