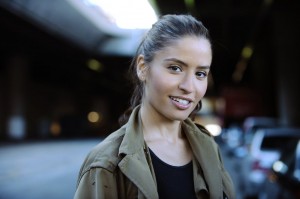 According to TVLine, Californication is adding Mercedes Masohn (666 Park Avenue) for its upcoming seventh season. The actress is set to play Amy Taylor Walsh, a TV star with ties to Sasha Bingham who puts Hank in a compromising position. There’s been no further details released about her character or how long her stint on the show will be, however.

Masohn’s casting isn’t the first to indicate that Hank Moody will be moving from the Broadway path he took last season to a role in the TV industry, likely shepherding his own project through development. Sopranos alum Michael Imperioli will play an old-fashioned TV producer named Rick Rath, while Mary Lynn Rajskub has signed on to play a neurotic writer that works with Hank and Oliver Cooper will be portraying Levon, a young writer looking to emulate Hank’s life. Also guest starring next season is Heather Graham as a woman from Hank’s past who returns to his life while he works on his next project.

Last season, Californication left off with Hank ditching the idea of going on the road with Atticus and Faith to give a life with Karen one more shot. Perhaps getting into the world of TV is his way of showing her that he wants to have a stable job with a good income, something his Bukowskian lifestyle acts directly against. Granted, television work still has the same temptations that have derailed past attempts at getting their family back together, but after Hank realized that he wants to give this a real shot, that may not matter. Is Hank ready to grow up and become the man that Karen always wanted him to be?

In addition to her role as Louise Leonard on the now-canceled ABC supernatural soap, Masohn has appeared on the likes of The Finder, Chuck, and Three Rivers.

The seventh season of Californication will premiere in early 2014 on Showtime, along with the next seasons of House of Lies and Shameless.

Will you be watching Californication next season? How do you feel about Hank moving into TV after going through movies, Broadway, and novels? Should season 7 be the final go-around for Californication?