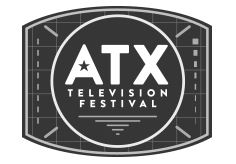 Below you’ll find the latest in a string of press releases related to the ATX Festival out of Austin, Texas. What is the ATX Festival? It’s a festival in its second year created to celebrate all things television. I’ll be in attendance with colleague Erin Steinberg and we’ll do our best to bring to you candid photos, information from the panels and every interview opportunity and details from any conversations we can strike up.

What’s fun about the festival is the relatively laid back atmosphere in correlation to other festivals. Someday, ATX might become a king among festivals, but for now it’s a prince and the size is perfect, giving attendees the ability to mingle and meet people you otherwise wouldn’t have the opportunity. If you’re in the Austin area, definitely try to make it.

Not only are there more formal, scheduled events, but community events, as well, such as the Friday Night Lights episode airing with special guests milling around, screenings of AMC programming such as a preview of the August premiere episode of Low Winter Sun and a season 2 Hell on Wheels, cast chats with Boy Meets World and Friday Night Lights and those are just the things you can do without a ticket. Without further ado, the latest press release and more information on the festival. Keep an eye out for posts and photos starting this week! 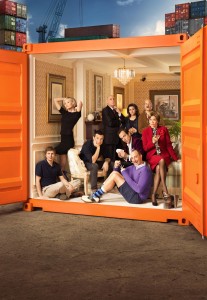 In addition to hosting the opening night festivities, Netflix has joined ATX Television Festival as a premiere sponsor of the festival.

“As a growing television festival, entering into our sophomore year, we couldn’t imagine a more perfect opening night (and festival) partner than Netflix,” said ATX Television Festival Co-Founders Caitlin McFarland and Emily Gipson.  “Our goal is to have an event that showcases ALL of television — from past favorites, cancelled-too-soon series, current hits, and ground breaking new programming, and Netflix has set the standard for providing that and beyond.”

ATX Television Festival will showcase Netflix throughout the festival in various ways, and encourages festival attendees to stream Netflix to discover and watch series featured at the festival both before coming to the festival, and after discovering hit series like The Riches, Scandal, Hart of Dixie, Friday Night Lights, Hell on Wheels, Vampire Diaries and of course Arrested Development.