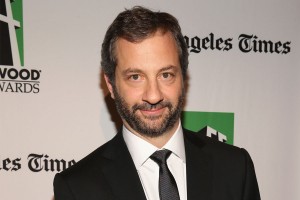 “Judd Apatow has a unique comedic voice that manages to be delightful, insightful, and shockingly frank — often at the same time,” said Netflix Chief Content Officer Ted Sarandos. “Together with Paul and Lesley, he’s bringing a whole new level of agony and ecstasy to this modern day comedy of manners.”

Created by Apatow, Paul Rust (I Love You, Beth Cooper), and Lesley Arfin (Brooklyn Nine-Nine), Love follows Gus (Rust) and Mickey (Gillian Jacobs), a couple who are forced to navigate relationship issues they were hoping to avoid. Additional casting will be announced in the coming months.

Love‘s pickup comes as Netflix continues to beef up their original scripted output. While House of Cards and Orange Is the New Black get to continue their high-profile runs, each having earned a third season, Hemlock Grove has been given a final season, animated comedy Bojack Horseman recently premiered, and historical drama Marco Polo was granted a December 12th launch date. Currently, Netflix has two original comedies in Horseman and Bad Samaritans, but in addition to Love, the streaming giant has the likes of animated Madagascar tie-in King Julien and Grace and Frankie, which stars Jane Fonda and Lily Tomlin, on tap for 2015.

Will you be watching Love? Do you want Netflix to continue delving into comedy? What type of genres would you like to see from the streaming giant in the future?