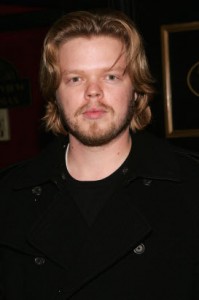 Netflix’s Daredevil has added yet another to its cast, with Elden Henson (Intelligence) signing on to play Foggy Nelson, best friend and legal partner to Matt Murdock (Charlie Cox).

Foggy is a man with a passion for improving the community in a town full of crime and corruption, a characteristic that makes him a friend to its many residents.

Henson stars in the upcoming Hunger Games: Mockingjay films, and can be remembered for his roles in She’s All That and the Mighty Ducks films.  He joins a cast that includes Vincent D’Onofrio as the villainous Wilson “Kingpin” Fisk and most recent addition, Rosario Dawson.

Marvel’s Daredevil follows Murdock who fights injustice as a lawyer by day, and Daredevil by night.