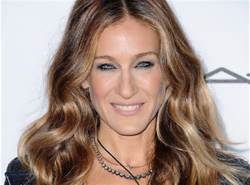 Sarah Jessica Parker is looking to return to television with Busted, a new crime thriller series.

The nonfiction book “Busted: A Tale of Corruption and Betrayal in the City of Brotherly Love,” has been optioned by Sidney Kimmel Entertainment (SKE) and is being developed as an hour-long series.  Parker is attached to star as one of the series’ two leads.

The book, by reporters Wendy Ruderman and Barbara Laker, follows their successful efforts to uncover a police corruption scandal in Philadelphia.  Their 10-month series on the story was publised in 2009 in the Philadelphia Daily News and won a Pulitzer Prize for investigative reporting.