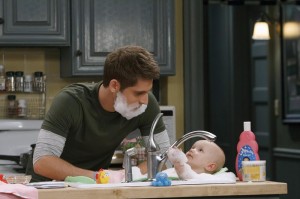 This week on TVHackr, we talked about the death of James Gandolfini, what”s coming up on Baby Daddy, and the series premiere of Ray Donovan, which was uploaded to Showtime”s Youtube account. Around the web, the subjects ranged from water-cooler TV to genre programming at the Emmys and Scooby-Doo.

Scandal: Scott Foley Promoted to Series Regular for Season 3
Captain Jake Ballard won”t be going anywhere just yet, as Scott Foley has been promoted to a series regular on the Shonda Rhimes drama, which will be entering its third season this fall.

Magic City Season 2 Premiere Recap: You Opened the Door to That Monster
On the season premiere of Magic City, Vera finds out what Ike”s been hiding from her about their financial status, while there”s a plan that could bring Ben Diamond down and let the Evans family start anew – in Cuba.

Family Tree 1.05 Sneak Peeks: Tom Arrives in the United States
Tom meets up with Al and Kitty Chadwick and begins digging into the real reason why Charles moved from the United States to England in the first place. How will Tom react when he finds out a fairly major piece of his family”s history?

Baby Daddy Season 2 Spoilers: Danny Begins Avoiding Riley
Danny begins seeing a psychiatrist who suggests that his recent slump has to do with Riley, while Ben tries to get Emma into daycare and Riley”s mother Jennifer renews her rivalry with Bonnie at their book club.

Defiance 1.09 Preview: Earth Republic Quarantines Defiance
Quentin continues looking into what happened to his mother, a plague hits Defiance, and Amanda has a challenger in the upcoming mayoral election. Who wants to be the one to rule over Defiance and its unsteady relations between humans and Votans?

CBS Announces 2013-2014 Premiere Dates
The Eye has become the first network to unveil its premiere dates for next season, choosing to concentrate most of them in the pre-established network premiere week rather than staggering them out.

The Strain: Oscar Nominee John Hurt Joins the FX Pilot
The series, from Guillermo del Toro, takes place in New York City, where a CDC Canary Team is tasked with investigating (and containing) a mysterious viral outbreak that has hallmarks of vampirism.

The Fosters Recap: A Number, A Decision, A Word, and Plenty of Tears
Brandon has to make a difficult decision regarding his residence, while Callie”s dark past begins coming out in her writing, Lena does her best to help Jude, and Jesus continues to see Lexi.

The Fosters Spoilers: Callie Grows Closer to Wyatt
Coming up on The Fosters, tension between Brandon and Talya bubbles over, Jesus and Lexi face the consequences of their relationship, and Mariana tries to fit in with a cool, edgy crowd.

Ray Donovan: Watch the Series Premiere Here
Showtime made the (edited) series premiere of upcoming drama Ray Donovan available for viewing around two weeks prior to its television debut.

Juan Antonio Bayona to Direct Showtime’s Penny Dreadful
The acclaimed director, most recently of The Impossible, will helm the first two episodes of the period drama, set in Victorian London and featuring several classic literary characters.

News Roundup: T Bone Burnett Won’t Return for Nashville Season 2
The Grammy-winning producer (and husband to Nashville creator Callie Khouri) won”t be returning for a second season as the show”s music supervisor. Buddy Miller will take over for season two, which debuts this fall on ABC.

James Gandolfini Dies at Age 51
The Sopranos star and three-time Emmy winner passed away while in Italy attending a film festival.

Episodes: Tracy Spiridakos to Guest Star in Season 3
The Revolution actress will be playing a family member of Morning”s on the Showtime comedy.

Hit the Floor 1.05 Sneak Peeks: Jelena Introduces German to Derek
Will Jelena succeed in driving Ahsha and German apart on the next episode of Hit the Floor?

Defiance 1.10 Preview: Nolan and Tommy Discover a Body at the NeedWant
Kenya”s former husband is found in the walls of the NeedWant and raises questions about several people in Defiance.

NBC Announces Fall 2013 Premiere Dates
When will the likes of Parks and Recreation, Chicago Fire, and Grimm begin their next seasons?

AMC Delays Hell on Wheels Season 3 Premiere to August 10th
Due to extreme weather, AMC has delayed the start of the western one week and will make the new premiere two hours.

Warner Bros. Announces Comic-Con Lineup
Among the Warner Bros. shows making the trek to Comic-Con are Arrow, Supernatural, and The Vampire Diaries.

TV NOW: How Important is the “Water-Coolerness” Factor for Today’s Television? (The TV Addict)
The TV Addict looks at spoilers, television binge watching, and the new norms of the modern digital world.

Your Summer Roundup of Reality-TV Ridiculousness (Vulture)
Enjoy ridiculous reality television? Vulture has compiled the most outrageous-seeming programming hitting the air this summer. Prepare yourselves accordingly.

(Hitfix)
Should genre television have a bigger presence at award ceremonies like the Emmys? Hitfix argues that it should.

Meddling Kids Sidekick Mysteries = Series: 13 Hanna-Barbera productions that recycled the Scooby-Doo format (The A.V. Club)
The A.V. Club looks at cartoons that looked to ape the success of Scooby-Doo with a similar format and whether or not they were able to stand out in a crowded cartoon landscape.

Traditional TV is unstoppable. Can YouTube ever beat it? (Slate)
Is there a chance of Youtube ever overtaking broadcast television? Slate looks at the possibility.

The TV Isn”t Dying–Americans Still Overwhelmingly Unwind in Front of the Tube (National Journal)
On an average day in 2012, adults 15 and older spent six hours in front of the television, up from 5.76 hours the year before. The share of free time spent playing games or using a computer for fun fell from just over 52 minutes to just under it.

Majority of Americans Don”t Trust Newspapers and Television News (U.S. News and World Report)
Confidence in television news is tied with newspapers this year at 23 percent, which is slightly up from last year”s all-time low of 21 percent.