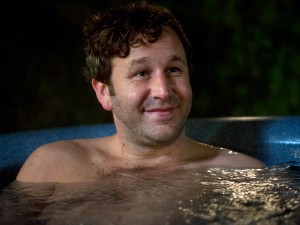 Tom’s quest to unlock the secrets of the Chadwick family and find a sense of direction in his own life took a major leap forward when he made contact with his family in the United States last week on Family Tree. While he’s learned a lot in looking into the lives of Henry and William, Al and Kitty could fill in a lot of the gaps that he couldn’t have done himself through staying in and searching around England, particularly regarding why Charles left for England in the first place. Tom has yet to have the personal epiphany that he’s so desperately longing for, but once he gets into the United States and spends time with his extended family, it might come sooner than expected.

On the next episode of Family Tree, Tom has arrived in California and plans to spend time getting to know Kitty and Al, as well as inquiring about all they know regarding the Chadwick family history. There’s a chance that they could already have a certain amount of knowledge themselves and be able to give Tom the boost he needs in order to complete the family tree; even if they can only provide a few pieces of information, though, that could be enough to send him in a direction he wouldn’t have thought of had he kept up the search on his own. Helping things is the fact that, in addition to Al and Kitty, Rick and North Carolina Chadwick Dave are also in town, meaning that he has four very credible sources of information in which to draw from. Will that be enough to give Tom a major breakthrough in his search for genealogical knowledge and a new sense of perspective?

Family Tree airs Sundays at 10:30 on HBO. You can check out spoilers from the next three episodes here.

What do you think Tom will find out from Kitty, Al, Dave, and Rick? Will the trip to the United States be worth the trouble? Is there a chance that Tom would consider relocating to the States to bond with his extended family?