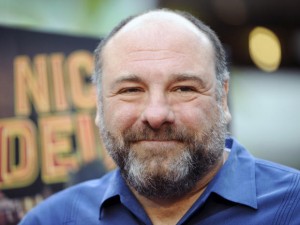 Sopranos star James Gandolfini has passed away at the age of 51 following a massive heart attack in Italy. The actor was in Italy to attend the 59th Taormina Film Festival. He is survived by a wife of five years in former model Deborah Lin and two children – teenage son Michael and daughter Liliana, born last October.

Gandolfini appeared in the likes of Zero Dark Thirty, Cinema Verite, and Armando Iannucci’s In the Loop following the conclusion of The Sopranos and his time as mob boss (and tortured soul) Tony, a role he won three Emmy awards for and made a household name for himself out of. He got his big break in 1993’s True Romance where he played a mob enforcer and continued to increase his momentum with turns in Get Shorty and 12 Angry Men, the latter of which was a mere two years before the first season of The Sopranos.

“We’re all in shock and feeling immeasurable sadness at the loss of a beloved member of our family. He was special man, a great talent, but more importantly a gentle and loving person who treated everyone no matter their title or position with equal respect. He touched so many of us over the years with his humor, his warmth and his humility. Our hearts go out to his wife and children during this terrible time. He will be deeply missed by all of us.”

“He was a genius. Anyone who saw him even in the smallest of his performances knows that… He is one of the greatest actors of this or any time. A great deal of that genius resided in those sad eyes. I remember telling him many times, ‘You don’t get it. You’re like Mozart.’ There would be silence at the other end of the phone. For [Gandolfini’s family] this is crushing. And it’s bad for the rest of the world. He wasn’t easy sometimes. But he was my partner, he was my brother in ways I can’t explain and never will be able to explain.”

You can watch the actor accept his first Emmy, as well as one of the most infamous scenes from The Sopranos, below: