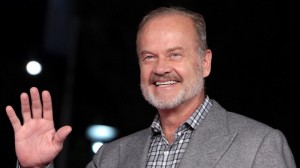 FX has acquired an untitled comedy starring Martin Lawrence and Kelsey Grammer as Chicago lawyers who form an unexpected partnership and force one another to balance ethical behavior with the potentially unscrupulous demands of their jobs. The series will be overseen by Bob Boyett and Robert Horn, whose collective credits include Living Single, Full House, and Designing Women, and produced by Lionsgate Television, the same company behind Anger Management.

Like that controversial Charlie Sheen vehicle, as well as the upcoming Saint George, the Lawrence/Grammer comedy will operate under the 10/90 model – meaning that an initial 10 episodes will be produced and, should it meet a certain ratings level, 90 additional episodes will be ordered. The accelerated schedule would allow that massive back order to be produced over a two-year period and aired throughout the year before being sold to off-net syndication at a later time.

Given that FX split into two channels this year, part of its programming library made the transition to FXX. Translation: the network needs programming right now and shows like this and George Lopez’s Saint George will allow them to have something on the air while going into development overdrive. With its quick production schedule, household names, and populist format, the Lawrence/Grammer comedy could be a fairly valuable part of the FX lineup going forward, helping them transition into their next era and potentially earning a lucrative life in syndication in the process.

Grammer last appeared on Starz’s political drama Boss in a role that earned him a Golden Globe, while Lawrence returns to television after focusing on film and stand-up since Martin was canceled in 1997. However, he did also have a pilot in contention last season at CBS that didn’t move forward.

Will you be watching the Lawrence/Grammer collaboration? How do you feel about FX beginning to lean on this type of comedy production model to generate content? Are there any ’90s comedy stars that you’d like to see pop up on the (hypothetical) next 10/90 sitcom?