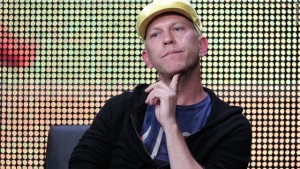 FX has announced that American Horror Story companion series American Crime Story has been picked up to series.

“Time and time again, Ryan Murphy has transformed the medium of television by redefining genres and formats as he did with Nip/Tuck, Glee and the American Horror Story franchise, and we expect the same of American Crime Story,” said FX Networks CEO John Landgraf. “Scott and Larry have adapted Jeffrey Toobin’s book into a masterful 10-hour piece. I have no doubt that Ryan and his partners Nina Jacobson, Brad Simpson, Brad Falchuk, and Dante Di Loreto are going to make something very memorable here – and that it will be a spectacular first entry in what is destined to become a series of great true crime-based miniseries.”

Based on Jeffrey Toobin’s The Run of His Life: The People V. O.J. Simpson, the first edition of American Crime Story will focus on the O.J. Simpson murder trial that dominated the national conversation in 1994 on way to becoming the most infamous celebrity trial of all-time. The season is said to be told through the perspective of the trial lawyers and explore the circumstances that led to Simpson being acquitted. Horror Story creator Ryan Murphy will direct the first episode of the 10-episode first season, while Scott Alexander and Larry Karaszewski (The People Vs. Larry Flynt) are set to pen the script. No casting announcements have been made as of yet, though the lineup should be set over the next couple of months.

Filming on American Crime Story begins early next year, with the series likely to premiere that same year.

Will you be watching American Crime Story? Which true crimes would you like to see the show explore in subsequent seasons? Who do you think would make a good O.J. Simpson?