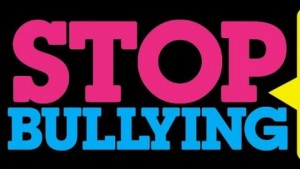 Cartoon Network has announced that they’ve reached their goal of one million people pledging to speak up against bullying. The campaign to get one million to speak up, a month-long goal as part of the on-going Stop Bullying: Speak Up movement, crossed the 1.1 million mark earlier today, with celebrity endorsements from the likes of former Attorney General Eric Holder, Tony Goldwyn (Scandal), and singer/songwriter Ne-Yo.

“For kids who’ve been bullied or know someone who has been bullied, knowing that over a million people went out of their way to speak up for them is going to leave them with a great feeling,” said Alice Cahn, Cartoon Network vice president of social responsibility.

Having kicked off last month, the Stop Bullying: Speak Up campaign recently concluded its Stop Bullying: Speak Up week, a pre-cursor to National Bullying Prevention Month this month. Selected videos from those who have pledged will appear on Cartoon Network, its digital platforms, and Boomerang throughout October, with anti-bullying PSAs and “I Speak Up” tallies to be aired, as well. Joining in the outreach are partner organizations including Boys and Girls Clubs of America, 4-H Clubs, the Anti-Defamation League, the American Federation of Teachers, and the Federal Partners in Bullying Prevention.

You can check out a series of celebrity endorsements for the cause below. To pledge to do your part to stop bullying, click here.

Have you pledged to do your part to stop bullying? How many names do you think Stop Bullying: Speak Up will accrue this month? What else would you like to see Cartoon Network do in accordance with the campaign?