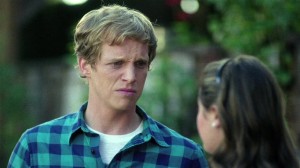 FX has announced that comedies Married and You’re the Worst have been renewed for 13-episode second seasons, with the latter set to move to FXX.

“We love these shows and the creative visions of Andrew Gurland of Married and Stephen Falk of You’re the Worst,” said Presidents of Original Programming, FX Networks and FX Productions Nick Grad. “Both series have terrific ensemble casts and outstanding lead performances – Nat Faxon and Judy Greer in Married, and Chris Geere and Aya Cash in You’re the Worst.  These shows are honest, 360-degree looks at relationships and we’re excited to see how they evolve.”

From Andrew Gurland (The Last Exorcism), Married follows Russ (Nat Faxon) and Lina Bowman (Judy Greer), a miserably in love married couple who can barely remember what life was like before the days of kids and responsibilities. The series, which averaged 1.96 million in Total Viewers and 1.35 million in Adults 18-49 over the course of its first seven episodes, also stars Jenny Slate (House of Lies), Paul Reiser (Mad About You), and Brett Gelman (Go On).

Starring Aya Cash (The Wolf of Wall Street) and Chris Geere (After Earth), You’re the Worst tells the story of self-destructive publicist Gretchen (Cash), who refuses to grow up and accept her adulthood, and arrogant author Jimmy (Geere), whose experience with love has left him jaded, trying to form a meaningful relationship. Created by Stephen Falk (Orange Is the New Black), You’re the Worst averaged 1.65 million in Total Viewers and 1.09 million in Adults 18-49 over the course of its first seven episodes and also stars Kether Donohue (Pitch Perfect) and Desmin Borges (Mr. Popper’s Penguins).

Both Married and You’re the Worst wrapped their 10-episode first seasons earlier this month. The latter will join an FXX lineup that includes The League and It’s Always Sunny in Philadelphia, with Jay Baruchel-starring Man Seeking Woman set to premiere this coming March.

Are you surprised that both Married and You’re the Worst got renewed? Do you think You’re the Worst will fit in on FXX? How do these renewals, as well as the renewals for Tyrant and The Strain, impact the chances that The Bridge comes back?