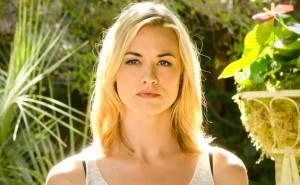 According to The Hollywood Reporter, Chuck alum Yvonne Strahovski has joined the cast of upcoming ABC period drama The Astronaut Wives Club. She’s set to play mother of four Rene Carpenter, who becomes the only one of the wives to embrace the spotlight foisted upon them by their husbands’ accomplishments.

Based on the Lily Koppel book of the same name and adapted for television by Stephanie Savage (Gossip Girl), The Astronaut Wives Club follows a group of wives whose husbands were at the forefront of the space revolution. While their husbands were off making international history, the women were thrust into the media spotlight, with their marriages and private lives being put under the collective microscope. The series was originally to focus on Project Mercury, but the focus has been expanded to include other pivotal missions and other wives beyond the core cast.

In addition to her role on the NBC drama, Strahovski has appeared on the likes of Dexter, 24, and Louie. She joins a cast that includes Joanna Garcia Swisher (Once Upon a Time), Odette Annable (House), Dominique McElligott (Hell on Wheels), Desmond Harrington (Dexter), and Bret Harrison (V).

Originally touted for a summer 2014 premiere, The Astronaut Wives Club will premiere sometime this midseason on ABC. A concrete premiere date should be announced either later this year or early next.

Will you be watching The Astronaut Wives Club? Do you think the show will be able to find an audience on broadcast, given ABC’s struggles with period pieces? Who else would you like to see join the cast?