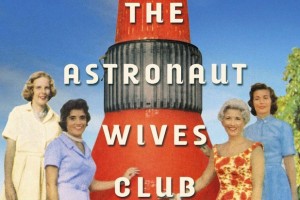 Deadline is reporting that ABC has pushed upcoming period drama Astronaut Wives Club from its planned July 24th series premiere to a midseason date yet to be determined. The reason for the delay is that the concept and scope of the series is expanding, with more wives being put into the mix; the series was to tell the story of the wives behind the Mercury space missions and now, the wives from the Gemini and Apollo missions will be interwoven into the series. The focus, however, will remain on the core seven wives.

Adapted for television by Stephanie Savage and based on the Lily Koppel novel of the same name, Astronaut Wives Club tells the story of a group of women bonded by the dangerous occupations of their husbands and the impact the Mercury missions have on their everyday lives. Not only are the women anxious about the possibility of their husbands not making it home, they’re forced to deal with the media spotlight from the potentially revolutionary findings of the mission and the international space race heating up as a result of the Mercury missions. The series, which had not completed initial casting yet before getting the delay, stars JoAnna Garcia Swisher (Once Upon a Time), Erin Cummings (Spartacus: Blood and Sand), Odette Annable (Brothers & Sisters), Desmond Harrington (Dexter), and Zoe Boyle (Freeloaders).

Once set to be one of five scripted summer dramas on its network, Astronaut Wives Club makes the third straight-to-series order ABC will have at its disposal when it compiles its 2014-2015 schedule, joining upstairs/downstairs drama The Club and crime drama Secrets & Lies. ABC reveals its schedule for next season Tuesday, May 13th.

Do you think ABC made the right move in pushing back Astronaut Wives Club? Will the show have a chance to find a foothold in the ratings this coming midseason?