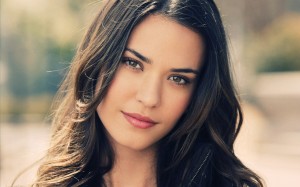 According to The Hollywood Reporter, Odette Annable (House) has signed on to upcoming ABC period drama Astronaut Wives Club. She’s set to play Trudy Cooper, the youngest of the Wives, an aspirational tomboy whose ideals clash with the elder Wives, and a licensed pilot on her own.

Based on the novel of the same name and developed for television by Stephanie Savage (Gossip Girl), Astronaut Wives Club tells the story of a group of women united by the dangerous occupation of their husbands and forced to lean on one another for support. Despite their differences in lifestyle and the way they approach their husband’s career, the only people who know what they’re going through are the other wives, meaning that at a time when they’re the loneliest they’ve ever been, they’re going to have to look to people they barely know to get them through the media glare. Their husbands might become famous thanks to their participation in the international space race, but they’re not the only ones who’ll be receiving attention and it’s up to the wives to keep one another in check and provide the strength necessary for each of them to survive and thrive in an increasingly stressful time.

In addition to her role on the long-running FOX medical drama, Annabale has appeared on the likes of Banshee, Brothers & Sisters, and Breaking In. She joins a cast that includes the likes of JoAnna Garcia Swisher (Reba, Once Upon a Time), Azure Parsons (Salem), and Zoe Boyle (Downton Abbey, Sons of Anarchy).

Will you be watching Astronaut Wives Club? Are you excited to see Annable return to television? Who would you like to see round out the cast?