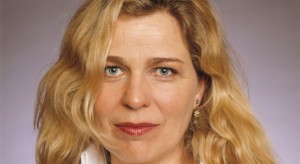 Per The Hollywood Reporter, Lone Scherfig (An Education) has been tapped to direct the series premiere of ABC midseason drama The Astronaut Wives Club. Originally, The Notebook director Nick Cassavetes was to helm the first episode of the series, but when it was delayed from its initial summer launch to a currently undetermined midseason birth, the production time frame shifted, thus causing conflicts with Cassavetes.

Based on the Lily Koppel novel of the same name and adapted for television by Stephanie Savage (Gossip Girl), The Astronaut Wives Club follows a group of women bonded by the dangerous occupation of their husband and their experience in the national spotlight as a result of Project Mercury. The series stars the likes of JoAnna Garcia Swisher (Once Upon a Time), Erin Cummings (Spartacus: Blood and Sand), Odette Annable (Brothers & Sisters), Desmond Harrington (Dexter), and Zoe Boyle (Freeloaders).

In addition to her job helming the 2009 Kiera Knightley drama, Scherfig’s credits include One Day, Italian for Beginners, and Wilbur Wants to Kill Himself. This will be her first American television credit, though she has experience directing Danish series Flemming og Berit and Morten Korch – Ved stillbaekken.

Will you be watching The Astronaut Wives Club? When and where do you think ABC should air the series? How do you expect the first episode to look now that Scherfig has taken over as director?