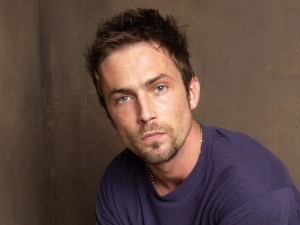 Variety is reporting that Dexter alum Desmond Harrington has been tapped to star in upcoming ABC period drama Astronaut Wives Club. He’s set to play competitive and steely astronaut Alan Shepard, one of the first men in space.

Developed for television by Stephanie Savage (Gossip Girl) and based on the Lily Koppel novel of the same name, Astronaut Wives Club tells the story of a group of women bonded by the danger their husbands face on a regular basis. Thrust into the spotlight in the middle of the international space race, the women learn to overcome the differences between them, as they must lean on each other in order to deal with the intense media attention that comes from their husbands participating in something so revolutionary. Although they knew what they were signing up for when they got together with their husbands, it’s still going to be rough dealing with the “loss” of their husbands to training and having to carry the weight of expectations on their shoulders, meaning that they’re extremely important to one another’s survival and mental well-being and that they might be what constitutes each other’s family for the foreseeable future.

In addition to his role on the Showtime serial killer drama, Harrington has appeared on the likes of Justified, Gossip Girl, and Rescue Me. He joins a cast that includes the likes of JoAnna Garcia Swisher (Reba, Once Upon a Time), Azure Parsons (2 Guns), Zoe Boyle (Freeloaders), and Odette Annable (Brothers & Sisters).

Astronaut Wives Club premieres Thursday, July 24th at 10:00 on ABC. You can read more about the life of Harrington’s character here.