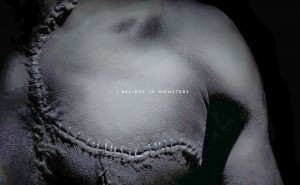 Showtime has released a new teaser for upcoming psychosexual thriller Penny Dreadful, as well as character profiles of Ethan Chandler and Vanessa Ives. Chandler, played by Josh Hartnett, is an American sharpshooter who finds himself lured into the darkest corners of Victorian London, who Ives (Eva Green) possesses a type of power and connection to the spirit world that makes her both an asset to those around her and a woman to be feared.

Created by John Logan (Gladiator) and executive produced by Sam Mendes (Skyfall) and Pippa Harris (Revolutionary Road), Penny Dreadful will feature several prominent characters from the field of gothic literature living in Victorian London and interacting before the monstrous side of themselves takes over. The series, which will have its first two episodes directed by Juan Antonio Bayona (The Impossible), is said to explore themes of alienation and what it means to truly be a monster.

In addition to Hartnett and Green, Penny Dreadful stars the likes of Billie Piper (Secret Diary of a Call Girl) as Brona Croft, an Irish immigrant looking to escape a troubled past; Timothy Dalton (License to Kill) as famed explorer Sir Malcolm, in London while on a treacherous quest; Reeve Carney (Spider-Man: Turn Off the Dark) as Dorian Gray, an isolated yet mesmerizing beauty; Helen McCrory (Harry Potter and the Deathly Hallows – Part 1) as spiritualist Madame Kali; and Rory Kinnear (Quantum of Solace) as Frankenstein’s monster.

The series premiere of Penny Dreadful is set to air Sunday, May 11th at 10:00 on Showtime. You can check out trailers for the series here and here.

Will you be watching Penny Dreadful? Would you like the show’s promotional material to begin focusing more on actual plot details rather than mood? Could this series be a major game-changer for Showtime?