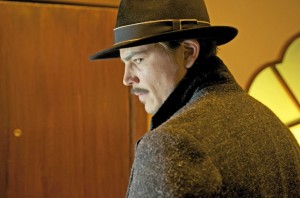 Showtime has released the first trailer for psychosexual thriller Penny Dreadful, which was created by Gladiator‘s John Logan. Also to be executive produced by Sam Mendes (American Beauty) and Pippa Harris (Revolutionary Road), the series will bring together several figures in horror literature in Victorian London and explore themes of alienation. Among the figures who will be present in Penny Dreadful are Dr. Victor Frankenstein, Dorian Gray, and characters from the novel Dracula.

Penny Dreadful is set to star Josh Hartnett (Lucky Number Slevin) as American Ethan Chandler, drawn into the web of darkness that is Victorian London; Reeve Carney (Snow Falling on Cedars) as Dorian Gray, a mesmerizing yet isolated man; Helen McCrory (Harry Potter and the Half-Blood Prince) as spiritualist Madame Kali; Eva Green (Camelot) as seductive Vanessa Ives, who proves herself a complex force to be reckoned with; Billie Piper (Doctor Who) as an Irish immigrant who came to London to escape her tortured past; and Timothy Dalton (The Living Daylights) as Sir Malcolm, an explorer who arrives in London on a special quest.

The series premiere of Penny Dreadful is set to air Sunday, May 11th at 10:00, as docu-series Years of Living Dangerously will premiere along with spring comedies Nurse Jackie and Californication on April 13th.. You can check out teasers for the series, whose first season will last eight episodes, here and here.

Will you be watching Penny Dreadful? Does the trailer make you more or less excited than the series of teasers did? Where do you think a show like this can go during the first season?