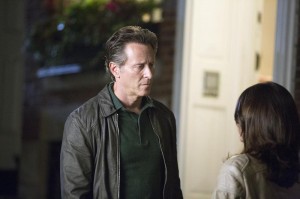 Deadline is reporting that Steven Weber (Chasing Life) has joined the cast of Syfy drama Helix. He’s set to recur as Brother Michael, a charismatic cult leader and a first-class geneticist. The second season of Helix will reportedly center on the CDC investigating an outbreak on a Windjammer cruise ship, which leads them to discover an island inhabited by Brother Michael’s cult, a cult that believes they can create a Utopian society.

Created by Cameron Porsandeh and executive produced by Ronald D. Moore (Outlander), the first season of Helix followed a CDC investigation into an outbreak at an arctic research base. The series stars the likes of Billy Campbell (The Killing), Kyra Zagorsky (Soldiers of the Apocalypse), and Neil Napier (Bullet in the Face).

In addition to his time on the ABC Family drama, Weber has appeared on the likes of Wings, Parenthood, and Murder in the First. He’s the second new addition to Helix this season following the inclusion of Matt Long (Lucky 7) as Dr. Kyle Sommer, a world-class toxicologist and the newest member of the CDC team.

The second season of Helix premieres in early 2015.