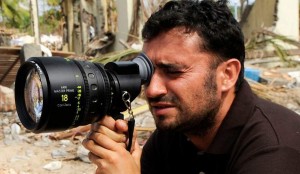 Showtime has announced that critically-acclaimed director Juan Antonio Bayona (The Impossible, The Orphanage) has been tapped to helm the first two episodes of its upcoming psychosexual drama Penny Dreadful. The series, which was ordered in January, was created by Oscar nominee John Logan (Hugo), will be executive produced by Sam Mendes (Skyfall) and Pippa Harris (Revolutionary Road), and is set to begin production this fall in London.

Penny Dreadful will bring together several classic literary characters in Victorian London, as the likes of Dorian Grey and Dr. Frankenstein find their origin stories intertwining with similar issues facing each one. The central characters of the show, which has yet to announce any casting information, grapple with feelings of alienation and considering what it mean to be human, considering the change they’re all going through go against what they’ve been taught is ideal and expected. Each of the characters will reportedly be very human and very grounded in tone.

With Dexter signing off after its next season, it looks as if Penny Dreadful is penciled in for a summer 2014 debut alongside Ray Donovan, the network’s upcoming Live Schreiber-led drama that would have to crater in the ratings to not see a second season. With The Vatican nearing a likely series pickup, the chances of Penny Dreadful taking over for the recently departed Borgias seems very unlikely, while both the winter and fall 2014 lineups are more than likely already set. As far as when we’ll get a concrete premiere date, Ray Donovan and Masters of Sex, both of whom began series production last fall, were confirmed for June 30th and September 29th starts at Showtime’s January TCA panel. A similar arrangement for Penny Dreadful seems likely.

Does Penny Dreadful sound like something you would watch? Which series do you think it would pair best with? Are there any particular actors that you think would do well in this type of series?