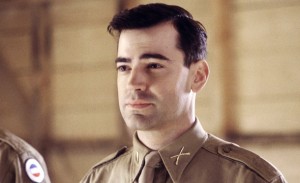 This week on TVHackr, we talked about the Borgias e-book, the Devious Maids renewal, and the latest additions to Bates Motel, while the internet touched on episode recaps, smartphone screens, and a new digital network.

Boardwalk Empire Season 4 Spoilers: Nucky Travels to Tampa
Coming up this season on Boardwalk Empire, Nucky thinks about investing in a Tampa land deal, while Gillian seeks custody of her grandson and Harrow returns to his violent ways.

The Borgias E-Book to Be Released This Week
This week, Borgias creator Neil Jordan released the script for the two-hour wrap-up movie he wrote for the series, which Showtime ultimately rejected.

2013 Teen Choice Award Winners
Pretty Little Liars walked away with seven wins at the Teen Choice Awards, while the likes of Glee, The Vampire Diaries, and The X Factor all won multiple awards, as well.

Siberia 1.06 Preview: The Fall of the Revealer
On Siberia, something chilling comes out of the Revealer, while Esther is the subject of a verbal attack from Johnny and Joyce and Sam finds Miljan”s diary that reveals the history of where they”re trapped.

The White Queen: Watch the First Episode Here
Starz uploaded the first episode of limited series The White Queen to its Youtube channel days after its television debut in the United States.

Witches of East End: Freddie Prinze Jr. to Guest Star
The 24 star will play an entomologist in one episode of the upcoming Lifetime series, based on the book of the same name.

Mob City Trailer: TNT and Frank Darabont Take Us to 1940s Los Angeles
Get a first look at Mob City, a period drama starring the likes of Neal McDonough and Jon Bernthal and created by Frank Darabont.

The White Queen 1.02 Sneak Peeks: Elizabeth Feels Pressure to Produce a Son
On the next episode of The White Queen, Elizabeth must produce a son to protect herself and Edward from those who seek to do them harm, while Warwick continues to seethe over his cousin”s choice of bride.

Bates Motel: Kathleen Robertson and Michael O’Neill Join the Cast
In addition to the already announced additions, Bates Motel will be welcoming a savvy businesswoman and Miss Watson”s father come season 2, set to debut in 2014.

The Red Road: Three More Join the Cast as Production Date is Set
The upcoming Sundance drama rounded out its primary cast and set a production date of August 19th for its six-episode first season.

Inside the Fashion Police Writers” Strike (Vulture)
Vulture takes a look at the Fashion Police writers” strike from earlier this year, where the Writers Guild of America filed an unfair-labor-practices charge against the E! series.

(The Wall Street Journal)
The Wall Street Chronicle profiles Amy Palmer and PowerWomenTV, a digital network with the message of informing and entertaining women.

Those Who Reject the Art Of Television Are Doomed (Policymic)
Policymic discusses the current “Golden Age of Television” and explores just what makes the programming on today as good as it has been.