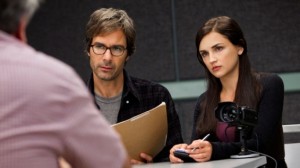 TNT has announced the renewal of Rizzoli & Isles, Major Crimes, and Perception, all of which currently occupy spots in basic cable’s top 10 of total viewers. In addition, all three series rank among basic cable’s Top 10 summer dramas with adults 25-54.

“TNT has had a terrific summer with four big hits that have drawn viewers with great storytelling, engaging characters and outstanding performances,” said Michael Wright, president, head of programming for TNT, TBS and Turner Classic Movies (TCM). “With the renewals of Rizzoli & Isles, Major Crimes, Falling Skies, and Perception, TNT has built an incredibly strong arsenal of scripted series. And it’s only going to get stronger with the addition of Mob City and the return of Dallas this winter, not to mention the debuts of The Last Ship and Legends next summer.”

Rizzoli & Isles will be headed into its 15-episode fifth season after ending its summer run on September 10th and returning in early 2014 for the second half of season four. Returning for their respective third seasons will be Major Crimes, the spin-off of The Closer starring Mary McDonnell, and Perception, starring Eric McCormack as a schizophrenic neuroscience professor, with each third season consisting of 15 episodes. Major Crimes will wrap its summer run of episodes on August 19th before returning on November 25th, while Perception has its summer finale slated for August 27th and won’t return for new episodes until early 2014.

The TNT series that haven’t had their fates officially decided are Franklin & Bash, 72 Hours, The Hero, and King & Maxwell. News of their renewal statuses should break in the coming weeks.

Major Crimes currently airs Mondays at 9:00, with Rizzoli & Isles airing on Tuesdays at 9:00 and Perception following at 10:00.

Which of the show TNT has yet to decide on do you think will come back? Are you looking forward to The Last Ship and Legends next summer? What do you think about TNT splitting up seasons rather than giving their shows one uninterrupted run of episodes?