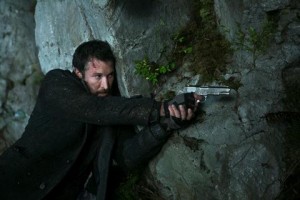 TNT has announced that sci-fi drama Falling Skies has been renewed for a 10-episode fourth season, which will launch in the summer of 2014. The series, which is halfway through its third season, ranks as basic cable’s #1 scripted series with adults 18-49 and adults 25-54 for the summer-to-date. It’s the first TNT summer series to be granted a renewal this year, as Franklin & Bash, Perception, and Rizzoli & Isles are all awaiting their fates to be determined.

Starring Noah Wyle (ER) as former college professor Tom Mason, Falling Skies tells the story of a group of survivors who struggle to maintain order after an alien invasion. This season skipped ahead seven months following the arrival of the 2nd Mass, with Tom being elected President of the New United States and tasked with working closely with a Volm ambassador. However, all is not what it seems and Tom’s leadership is under attack before long, whether it be a spy for someone the entire town long thought dead or one of the newcomers disregarding his authority and putting him in a difficult position. Will he be able to assert himself as a respected leader with so many outside influences trying to take him down? Or is the country still in too unstable a place for anyone to have a chance at succeeding as President?

Falling Skies airs Sundays at 9:00 on TNT. You can check out a promo for the next episode, where Lourdes experiments with a new medical procedure and Charleston’s government receives a massive shift, below.

What have you thought about Falling Skies this season? Is there anything that you’d like them to change for next season? Where do you think the show is going in the final five episodes of season three?