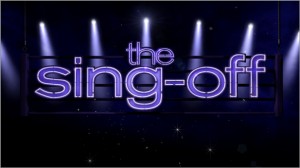 Recording artist Jewel (Nashville Star) has been added to the judging panel of NBC’s The Sing-Off, which returns for a third season during the 2013 holiday season. She joins Shawn Stockman and Ben Folds in evaluating competing a cappella groups performing popular music in unusual arrangements, with host Nick Lachey returning for another go-around. Sara Bareilles, who judged the second season of the show, decided not to return and will put a new album out later this month.

–Touched by an Angel executive producer Martha Williamson is behind an upcoming Hallmark movie that could be turned into a series, should the ratings and buzz be high enough. Dead Letters, which stars Eric Mabius (Ugly Betty) and Kristin Booth (The Kennedys), follows a group of postal detectives whose mission is to deliver letters and packages  from the past, which arrive miraculously when they are needed most. It’s set to premiere Saturday, October 19th at 9:00 and would make its series premiere in 2014, should it be picked up.

-On Wednesday, July 3rd, TV Land will air “insider editions” of Hot in Cleveland, The Exes, and The Soul Man, where behind-the-scenes knowledge and factoids about the cast will pop on screen.

-GSN has renewed The Chase before its series premiere airs. The series, hosted by Brooke Burns, is a one-hour quiz show that finds teams of three competing to earn as much money as they can during 60-second quick-fire question rounds. They’re facing The Beast, a 6’7″, 370 lb. Oxford graduate who will be answering questions at the same time they are and attempting to pass them in number correct, thus preventing them from banking their money.

-FOX will be previewing its Animation Domination High-Def lineup in primetime on Sunday, July 21st, with showings of Axe Cop at 9:30 and High School USA! at 9:45 replacing an American Dad rerun. The lineup officially premieres on Saturday, July 27th at 11:00.

-HBO has made the first season of The Sopranos available on-demand following the death of star James Gandolfini. Subsequent seasons will follow each month.

-ABC has officially renewed Extreme Weight Loss for a fourth season, set to premiere next summer. Starting next season, each participant will spend the first 90 days of his or her weight loss journey  at the renowned University of Colorado’s Anschutz Health and Wellness Center in  Aurora, CO.