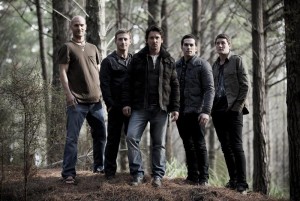 Syfy has announced that they’ve acquired hit New Zealand action dramedy The Almighty Johnsons and will begin airing the first two seasons sometime in 2014. The series follows four brothers who have inherited the powers of Norse Gods and yet still must deal with matters of love, family, and destiny.

“We are thrilled with the deal that ALL3MEDIA International has done. The Almighty Johnsons will be the first wholly New Zealand originated and produced drama series to be broadcast in the United States, which is a terrific accomplishment and reflects the quality of the series,” said Kelly Martin, CEO, South Pacific Pictures.

This marks yet another step for Syfy in its relationship with international programming, as the network is currently home to the likes of Continuum, recently renewed for a third season, and Lost Girl, renewed for a fourth earlier this year. Recently, Syfy acquired (and subsequently burned off) one-season wonders Sinbad, which originally aired in the UK, and Canadian production Primeval: New World. There’s been no indication of when or where the first season of The Almighty Johnsons would air, but given Continuum‘s success on Fridays, it would make sense for them to use the action dramedy there, especially as it sounds like it would be a good match for WWE Smackdown.

The Almighty Johnsons stars Emmett Skilton, Siobhan Marshall, Tim Balme, Dean O’Gorman, Jared Turner, and Keisha Castle-Hughes. You can check out a trailer for the 10-episode first season below.

Does The Almighty Johnsons sound like something that would fit in with other Syfy programming? Which other Syfy series do you think it should air along with? Is there another international program that you think the network should acquire for next year?