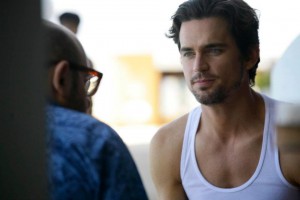 USA has become the latest network to unveil its plans for this fall, as they have two big syndication properties set to premiere, a new reality series, a holiday special, the resumption of a summer favorite, and a season premiere to unload in the coming months. Kicking things off with be the syndication premieres of NCIS: Los Angeles on Monday, September 23rd at 7:00 and Emmy favorite Modern Family on Tuesday, September 24th at 8:00. The CBS crime procedural will air Mondays, Wednesdays, and Fridays at 7 p.m.; Wednesdays from 9-11 p.m.; and Thursdays at 7 p.m. & 11 p.m., while the ABC comedy will air five nights a week (Tuesday-Friday 8-9 p.m., Tuesdays 9-11 p.m., Fridays 9-10 p.m., and Sundays 9-11 p.m.).

The fifth season of White Collar will premiere Thursday, October 17th and find Neal having to make a deal in order to get Peter off from the murder charges. Following the season premiere will be the final six episodes of the Covert Affairs season, as Annie prepares for an impending showdown with Henry Wilcox. Beginning on Sunday, November 3rd, USA will get further into the reality show genre with It Takes a Choir, which follows choirmaster Gareth Mahone in a journey around the nation looking for some of the best choirs out there. Finally, the two-hour Psych holiday musical special is set to air December 15th; in it, Gus and Shawn have to track down a madman playwright, who escaped from the mental institution he was sentenced to six years ago.

What will you be watching on USA this fall? Do you like the concept of splitting seasons and having to wait until this fall to find out what happens on Covert Affairs? What do you expect to happen this season on White Collar?