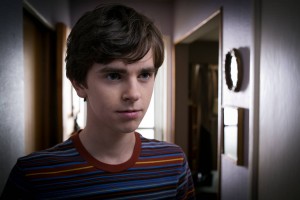 According to Deadline, Bates Motel has chosen the actors for the three vacant spots it had in its cast for next season. Getting the nod are Michael Vartan (Alias), who will be playing George, a man who develops a crush on Norma; Rebecca Creskoff (Hung), set to portray Norma’s first ever female friend Christine, a White Pine Bay socialite and George’s sister; and Kenny Johnson (Dexter), picked to play Caleb, Norma’s estranged brother. All three roles are said to be recurring.

It seems like the second season of the show will be about building Norma up only to knock her back down. While there’s no guarantee that George and Christina will be positive influences in her life, considering how White Pine Bay is filled with secrets on top of secrets, there’s at least a chance that they could help her feel more welcomed in the town after what happened with Jake and Deputy Shelby. On the other hand, the introduction of her brother (presumably the one she was forced to have sex with) could bring up a lot of the demons that Norma thought she had exorcised long ago, meaning that the already unstable motel owner could go even further off the rails when forced to face her bumpy past. Could Norma find a way to triumph over her brother and come out on the other side of the season with someone like George in her life?

In addition to his role as Vaughn on the J.J. Abrams actioner, Vartan has appeared on the likes of Go On and Hawthorne, while Creskoff’s credits include How I Met Your Mother and Justified and Johnson was a regular on The Shield and Prime Suspect.

Bates Motel returns for a second season in 2014. You can check out a recap of the first season finale here.

Will you be watching Bates Motel next season? Do you think they made good casting choices for all three roles? What are you hoping to learn during the second season about Norma, Norman, and the horrors of White Pine Bay?