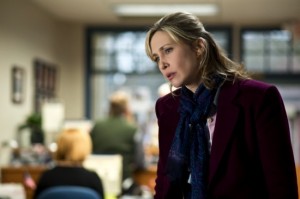 A&E has announced that the second season of Bates Motel is set to premiere Monday, March 3rd at 9:00, where it will lead into the series premiere of Chloe Sevigny-starring crime drama Those Who Kill. During its first season, the show, which became A&E’s most watched original scripted drama in key demos, aired at 10:00.

The second season of Bates Motel finds the Bates household increasingly destabilized, as Norman has become fixated on the death of Miss Watson and Norman’s brother has arrived in White Pine Bay, stirring up bad memories for the single mother and making her feel even more off-kilter than normal. Season two will also see Dylan further entrenching himself in the town’s drug war, Bradley push herself to precarious extremes in hopes of finding her father’s killer, and Emma’s relationship with Norman complicated by new love interests on both sides.

You can check out a recap of the Bates Motel season one finale here.

Will you be watching Bates Motel next season? What did you think about the way the show concluded its first season? Where do you expect the show to go during season two?