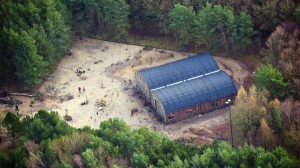 Per Deadline, FOX has picked up six episodes of single camera comedy Weird Loners, from writer Michael Weithorn (The Goldbergs, The King of Queens). The series tells the story of four relationship-phobic people who are unexpectedly thrust into each other’s lives and form an unlikely bond in a Queens, New York townhouse.

In addition, the network has ordered pilots for comedies Dead Boss and Sober Companion. The former is a single camera adaptation of the BBC3 series of the same name that centers on a woman sent to prison for allegedly killing her boss, while the latter is a multi-cam from David Rosenthal (The Middle, Gilmore Girls) and Jennie Snyder Urman (Reign, Emily Owens, M.D.) that centers on a self-destructive attorney forced to deal with a court-appointed sober companion.

As far as their drama development, FOX has ordered a drama pilot from The Butler‘s Lee Daniels and Game Change‘s Danny Strong. Empire is set in the world of a hip hop empire and will reportedly feature both original and current music.

Meanwhile, FOX has also picked up reality experiment Utopia to series. From John de Mol (The Voice), Utopia moves a group of everyday people to an isolated, undeveloped location and challenges them to create their own civilization. Cameras will be following the participants 24/7, allowing viewers to watch their progress online, while those involved in the show will try to prove themselves indispensable to the group and use what they know about societies of past and present to help build their utopia.

FOX has been far and away the most active network in terms of picking up content for next season, as the addition of Weird Loners and Utopia brings their total 2014-2015 new series to eight: procedural Backstrom, comedy Mulaney, animated comedy Bordertown, comic origin story Gotham, action-adventure series Hieroglyph, and comedy Cabot College, from Tina Fey and Matt Hubbard. In addition to all those and limited series Gracepoint, an adaptation of British hit Broadchurch, the network has several other shows in development for the coming season, all of whom will reportedly be developed on their own timelines and without regard for traditional pilot season parameters.

What do you think about the logline for Weird Loners? Should FOX pick up Dead Boss or Sober Companion? Can something like Utopia work on American television?