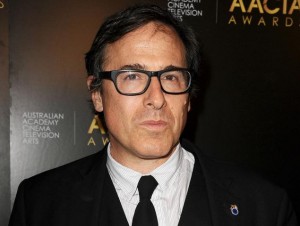 According to The Hollywood Reporter, ABC has given an untitled drama from Oscar nominee David O. Russell and A Gifted Man creator Susannah Grant a 13-episode straight-to-series order. The series is being described as an upstairs/downstairs soap centered on an exclusive country club. This is ABC’s second 2014-2015 drama that skipped the pilot process and went straight to series, with Aussie adaptation Secrets & Lies receiving a 10-episode straight-to-series order this past October.

It’s not difficult to see why the drama was given a series order this early in the development cycle, as O. Russell and Grant have drawn sterling reviews for their writing, the subject matter is very much in the ABC strike zone, and it’s the type of splashy deal that now won’t get lost in a sea of pilot season developments. Based on the logline, it sounds like a show that would pair quite well with Revenge, another show about the internal destruction of the upper class, or the Thursday Shonda Rhimes dramas, though the latter situation would be even sweeter if this series were to air in between Grey’s Anatomy and Scandal sometime next season rather than before or after the fearsome twosome.

O. Russell has been on a roll with the Oscars recently, making it into both Best Picture and Best Director the past two years, so delving into series television, especially with a subject like this on a broadcast network, is a bit surprising. In 2011, the acclaimed writer/director was attached to an FX pilot with Connie Britton that didn’t move forward. Grant, meanwhile, was a writer/producer on Party of Five before going on to pen Erin Brokovich, which she was nominated for an Oscar for in 2001.

Do you think this series sound like something that could be a hit on ABC? Where should ABC schedule the show for next season? Is the recent trend of ordering shows straight to series going to backfire on the networks?