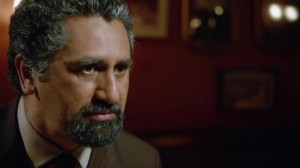 According to The Hollywood Reporter, FOX action drama Gang Related has been cancelled after one season. Though the network extended the cast’s contract options and looked at ways of cutting costs, including changing filming locations, the show was deemed too serialized for the summer slot that was available.

Created by Chris Morgan (Fast & Furious 6), Gang Related followed the Gang Task Force of the Los Angeles Police Department and explored the ties that one member of the team had to a local gang. The series starred the likes of Emmy winner Terry O’Quinn (Lost) as Sam Chapel, head of the Task Force; Ramon Rodriguez (The Wire) as Ryan Lopez, a LAPD detective who, as a child, was taken in by members of a dangerous gang after the death of his father; Sung Kang (Monk) as FBI Agent Tae Kim; RZA (Californication) as DEA Agent Cassius Green; and Jay Hernandez (Nashville) as investment banker Daniel Acosta, Ryan’s childhood best friend.

With Gang Related‘s cancellation, only Sleepy Hollow remains standing from FOX’s freshman drama class of 2013-2014, which also included Almost Human and Rake. This season, FOX has character procedural Backstrom, hip-hop drama Empire, and mystery Wayward Pines as possible candidates for a summer slot, though it’s not yet confirmed that the network will want to replace Gang Related with another scripted project.

Are you disappointed at the cancellation of Gang Related? Do you think that the show could have become less serialized given everything that happened in the finale? Which FOX drama seems the most likely candidate to replace Gang Related next summer?